Unfortunately I was awake and coughing for a lot of the night in Pheriche and I was horrified to hear that I kept our neighbors awake too. They offered me cough suppressant the next morning. I felt terrible doing this but I declined since Ryan had told me it was best to just let all these mountain maladies work through your system. It’s faster, he said, when you don’t take a lot of meds that suppress but prolong the symptoms.

We’d decided to head to Namche Bazaar in one day so we could have an extra day there to relax. The trail is mostly downhill, but there’s a lot of distance to cover. We’d done this stretch in two days on the way up to help deal with acclimatizing.

The trek was uneventful, which was great, but for me it was painfully long. It was my worst day of the trip as I was coughing and feverish, my chest aching, but so be it. Nothing to be done now but try and sleep well and be sure to stay hydrated.

We walked the first two hours with the entire team then said goodbye to Kat and Ryan at a convenient spot to stop for tea. Hugs all around, photos, and they were off to begin their trek to climb Ama Dablam. 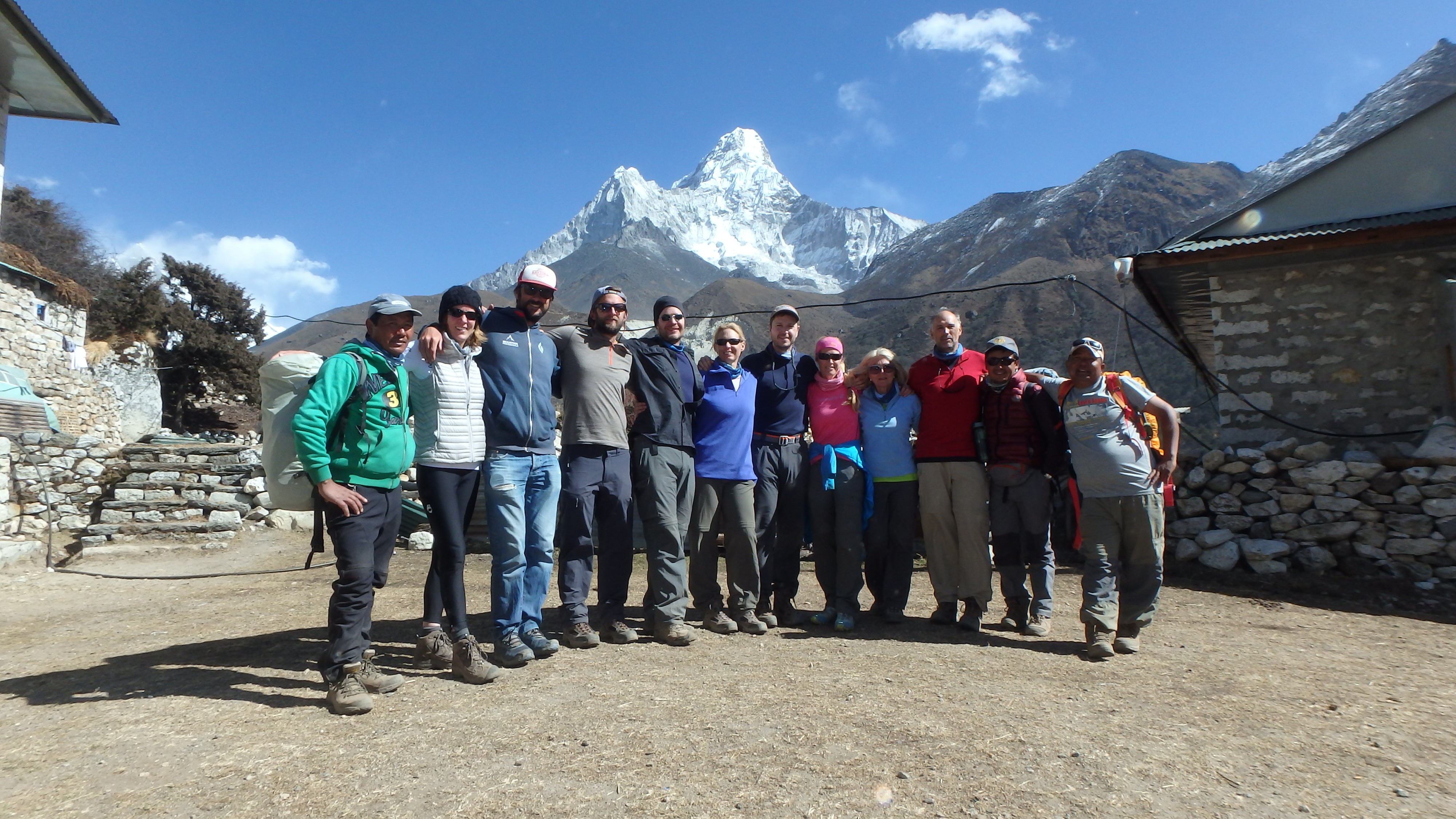 Goodbye to Kat and Ryan, Ama Dablam behind us

Two of our team who are fast walkers and one guide got pretty far ahead of our group and had to wait for us to arrive for lunch (still soup and bread or pasta for me). They asked during lunch if they could take one of the radios and go on ahead to Namche. Our team leader said ok and they took off. 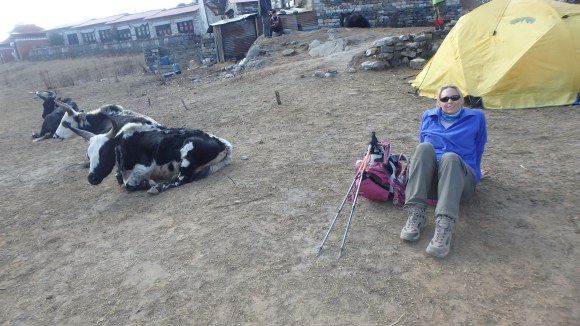 The closest I could make myself get to a yak (though these are a yak/cow hybrid).

There are two hills on this stretch that are hardly big but with my congestion I was struggling. About an hour after lunch one of the guides asked if he could carry my pack and I said no. He asked a couple more times over the next few hours. I kept declining since I thought that the pack was fine, and if I really started struggling then handing the pack off would be a great help to me. Also, it’s really, really hard to let someone shoulder your weight in these places.

We passed many locals going up and down the hill, including these two girls. I asked if I could take their photo and one of them said “Five dollars!” before hiding her face. Oh, kids learn so fast. 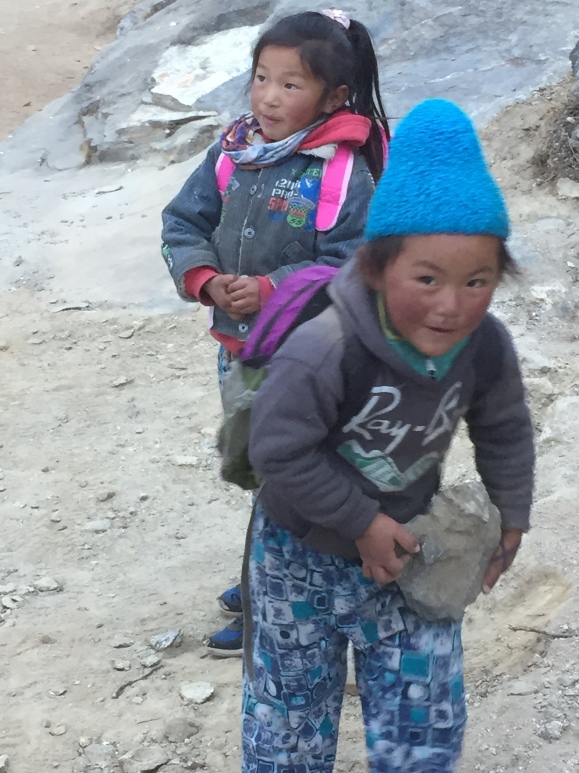 A lot of this stretch goes through forested valleys so we started to lose the sunlight late in the afternoon and it grew cold. Our team leader began to wonder why we’d our friends who’d gone ahead were. We tried raising them through the radio but heard nothing. It was getting dark and I could hear worry rising in his voice.

By the time dark fell we were still about 2.5 hours from Namche and I was really struggling. One of the guides walked by my side, step by step, as I labored up another long hill. Finally he simply reached over and pulled my pack off my back, without asking. He didn’t speak much English but I could tell there was no use arguing with him anyway, he was concerned and I needed to let him help. I was grateful. I didn’t realize how tired I’d grown until my shoulders were relieved of that extra 15 or so pounds.

Coming into Namche by headlamp was the best feeling, knowing there was a hot shower waiting for me right in our room. The teahouse manager quickly fixed me a hot water bottle to put on my chest to help with the congestion, and I burrowed under the electric blanket for a good night’s rest. Hard to believe how luxurious this small enclave of hospitality in the Himalaya felt.